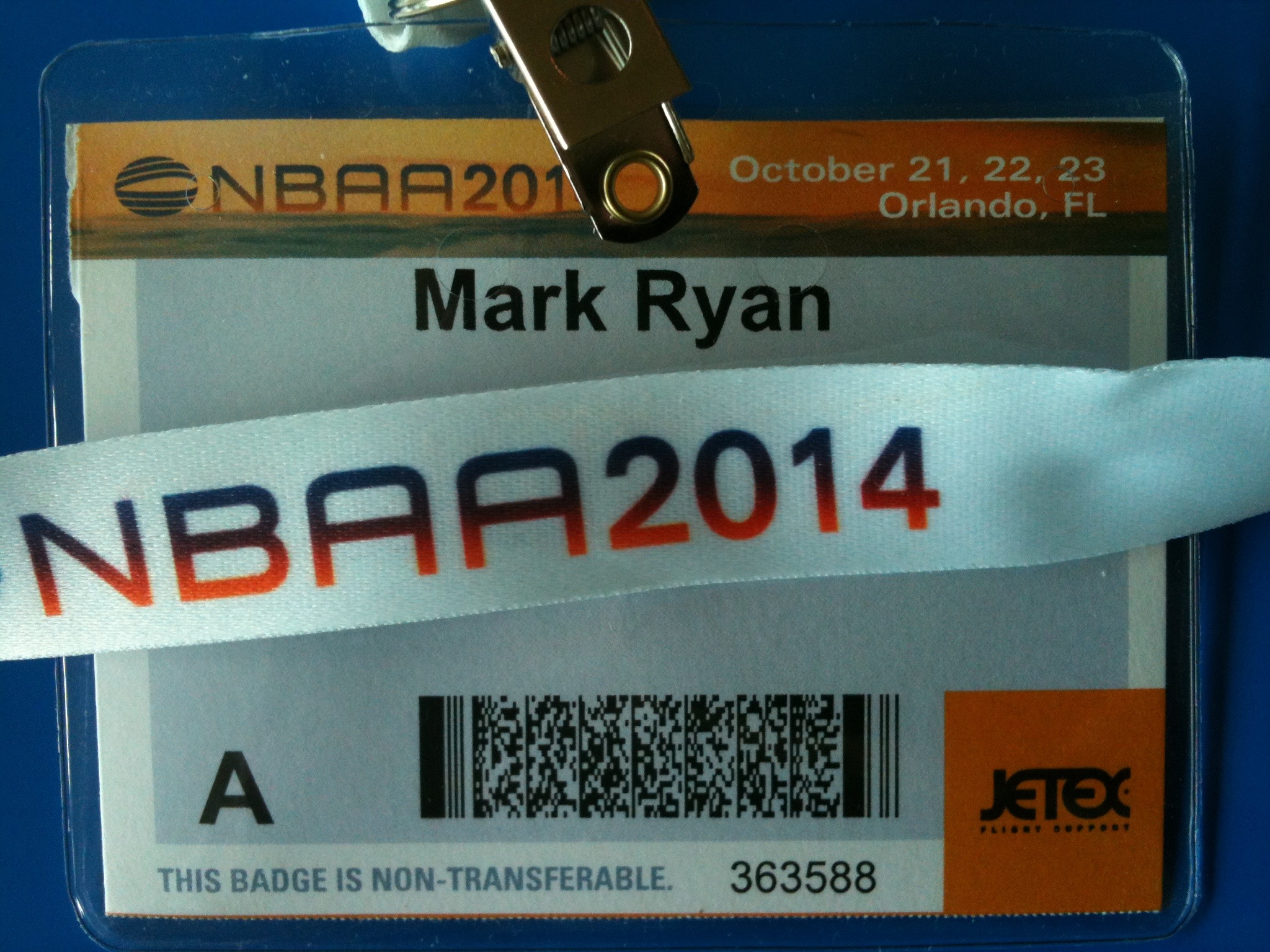 I’m certainly not one of those people who can say something like “well, I just attended my 32nd NBAA in a row last week” but I have been to many conventions since the mid-80’s and remember when both Dallas and New Orleans were still in the rotation, before the show outgrew all but Vegas and Orlando.

To me, NBAA’s always been a trade show that changes little from year to year, and you really need to take the long perspective to appreciate the true (and remarkable) changes in general aviation over the last few decades,

But even though there’s a lot of the “same old, same old” every year there’s always a few things that “pop” when you’re walking the aisles – here are my top five for 2014:

What a great small jet, years in the coming – but the Hondajet “booth” really grabbed me, calling to mind a new car showroom; what we really have here is a consumer company entering a B-to-B marketplace, and the implications of that for the competition will be fun to watch over the next few years.

And what a great long range aircraft, also years in the coming; perhaps a realistic supersonic airplane is finally in reach. From looking at the specs, this SSBJ, unlike some other earlier design concepts, will be able to take off from fields like Teterboro, Van Nuys, and Le Bourget, not needing a 9,000’+ runway.

New “siblings” Beechcraft and Cessna under the Textron banner

Two of the greatest brands all-time in general aviation, coming together just earlier this year – and the way they were presented wasn’t great but perhaps “okay” given the relatively short time to prepare strategically and the long lead time required to design and execute an NBAA show display. An old friend I talked to a the convention told me the general consensus was that this is clearly a transition year for the new Textron Aviation, and that they’ll have all of the distinctive product positions worked out by next year. We’ll see.

At an industry show where the phrase “static” has a special meaning, it was quite interesting to see Dallas Airmotive do something that may never have been done before – have a truly interactive, real-time – and relevant to DAI’s business – demonstration of an engine (PT6) being built, giving the audience a chance to ask many questions of the talented mechanics. It was a perspective that pilots with the highest number of hours flown perhaps have never had.

(And the “talented mechanics” – the blue collar guys who typically never get a chance to sniff the rarefied air of an expense account trade show and stay at a fancy hotel – will now go back and talk to their shop floor mates about how good it felt to be “the guy” who everyone was paying attention to because he was the expert; great for morale.)

Gulfstream has (I believe) used the theme line “The World Standard” for many years now. If you use a line like that – a Leadership position – it had damn better be true, or you’ll be liable for derision.

Now one measure of strong, positive brand equity of a B-to-B brand is becoming familiar not only to its business target but also the broader consumer population. Just the week before NBAA I was reading a news article (in The Dallas Morning News, IIRC) in which there was mention of a “Gulfstream Challenger;” reading the context of the article, it was clear that the aircraft in question was in fact a Challenger, and that the speaker simple prefaced it with “Gulfstream” because all big, fancy corporate jets are just generically Gulfstream, right?

The scale model of the BBJ’s interior (bath tubs (2), media room, etc.) – overheard: “I wouldn’t need a house with this – would just live in it at the airport”

James Carville, the Ragin’ Cajun: “There must be what, maybe two Democrats besides me in here? I feel like a fire hydrant in a room full of dogs.”  And of course Carville’s wife, Mary Matalin, brought her perspective from the other side of the (political) aisle.

Our thoughts on current business aviation issues and topics.

Want to know how we define and approach brand, positioning, marketing performance tracking and other important concepts? Read these . . .